We are Kafka, Anakin and Amber. Nice to meowt you!

Welcome to the official website of Instagram’s @kafka.the.kat. We are so happy you have found us. After starting Kafka’s Instagram account, things really took off! The COI (Cats of Instagram) community is amazing. We love sharing our lives with our loyal followers and meeting fellow cats and cat people!

We are Kafka, Anakin and Amber. Together we live in the south of The Netherlands. There’s so much we would love to share with you. We aren’t too good at keeping it snappy, but we tried our darnedest and came up with three little bio’s. Keep on scrolling! 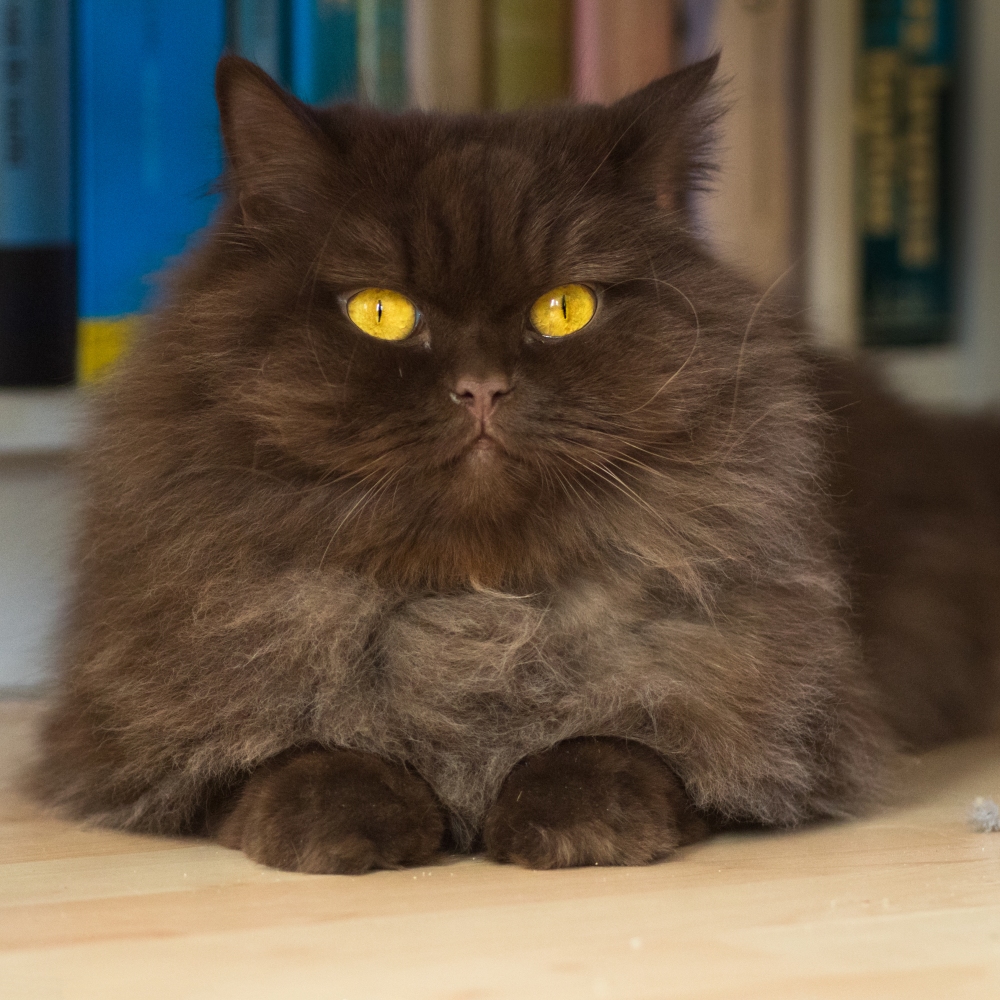 Kafka is the ruler of our little family. This sweet floof has the brightest yellow eyes you have ever seen and a doglike, ever curious purrsonality. On Instagram he is also known as the world’s first Purrsident, dabbling in pawlitics, fighting for the catriachy.

Kafka is a rescue. He ended up in the shelter in the summer of 2017 after having been severely neglected by his previous ‘owner’. His coat was very matted and had to be shaven and cut. His teeth were in such bad shape that all his molars had to be pulled. He was underweight and suffering from gastrointestinal issues. (Click here to read more about his health condition.) After losing my cat Lodewijk due to chronic kidney failure, I saw Kafka’s ad online. It was a match made in heaven! (Read his adoption story here.)

Kafka loves to play fetch, wash baby Anakin, climb on every high surface he can find and give kisses. He’s always the first one to greet visitors at the door and loves sitting in the windowsill to watch the people in the street below. He has a very loving and nurturing personality. He loves to take care of Anakin, especially when he was just a little baby. Kafka is a very social cat, who likes to be the center of the attention, much to everyone’s surprise. He loves it when people come over and is eager to play fetch with them. He also loves to go on bike rides in his carrier, although he hates dogs with a passion.

Kafka has had a difficult first life, but now he has a fresh new start and still eight lives to go! 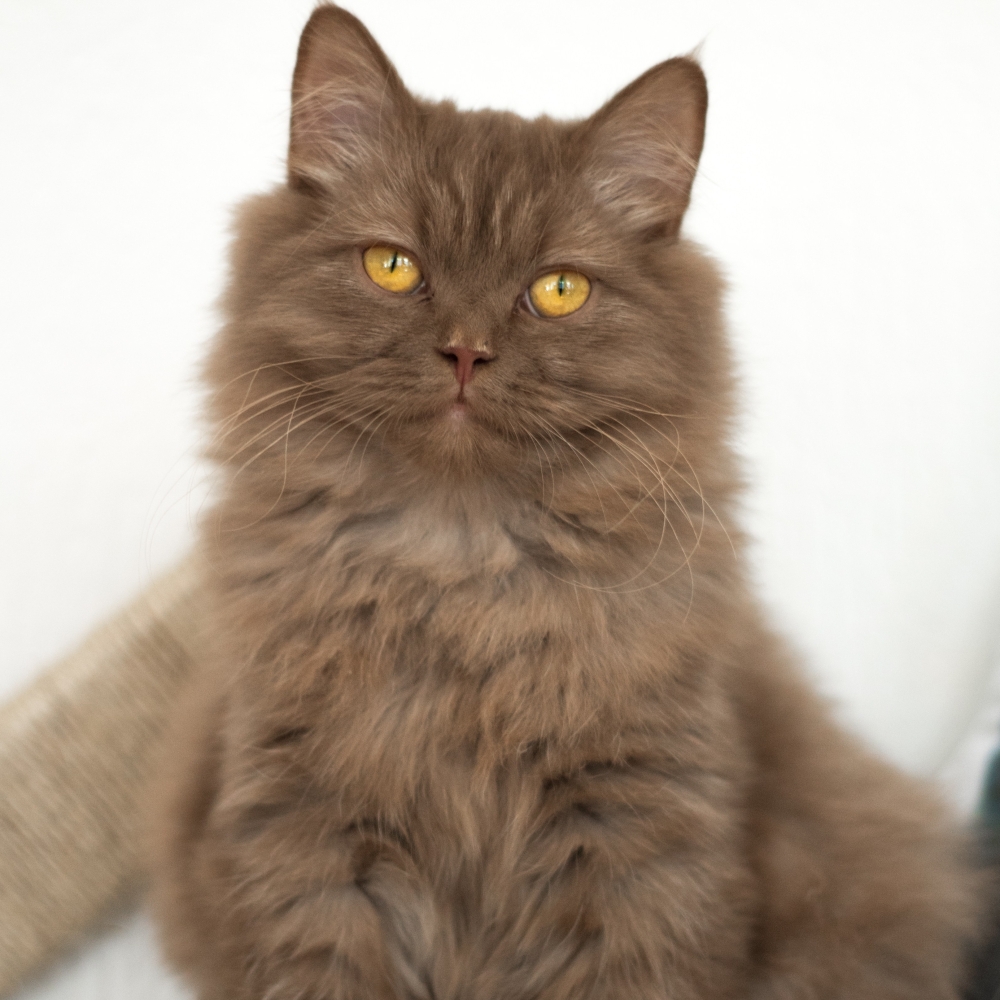 Anakin is the latest addition to our family. Because Kafka is a very social cat who loves company, I decided to look for a friend for him. That’s when I fell in love with Anakin. As the most gentle and calm kitten of his litter, I felt like he would be a purrfect match for Kafka. Thankfully it worked out from day one. Kafka took to him straight away. I often think of them as father and son, more than ‘siblings’. I know, we were very lucky! (I plan on writing a blog post about both the choice to get Anakin and our introduction process.)

Anakin, Ani for short, is our sweet little otter boy. He loves flopping down on the floor, lying on his back, baking us air biscuits. He’s obsessed with feet (weirdo!), Kafka’s tail and food. He is just the most pleasant and gentle soul, who loves snuggling in bed, spooning with both me and Kafka at the same time, playing with anything he can get his paws on and racing through the house. Since the day he came to live with us, I’ve been taking him with me outside and we often go on lunch and coffee breaks together.

Ani has the ability to make everyone smile, with his funny squirrel tail, his baby voice and sweet nature. He loves Kafka above anyone else and I am more than happy about that. 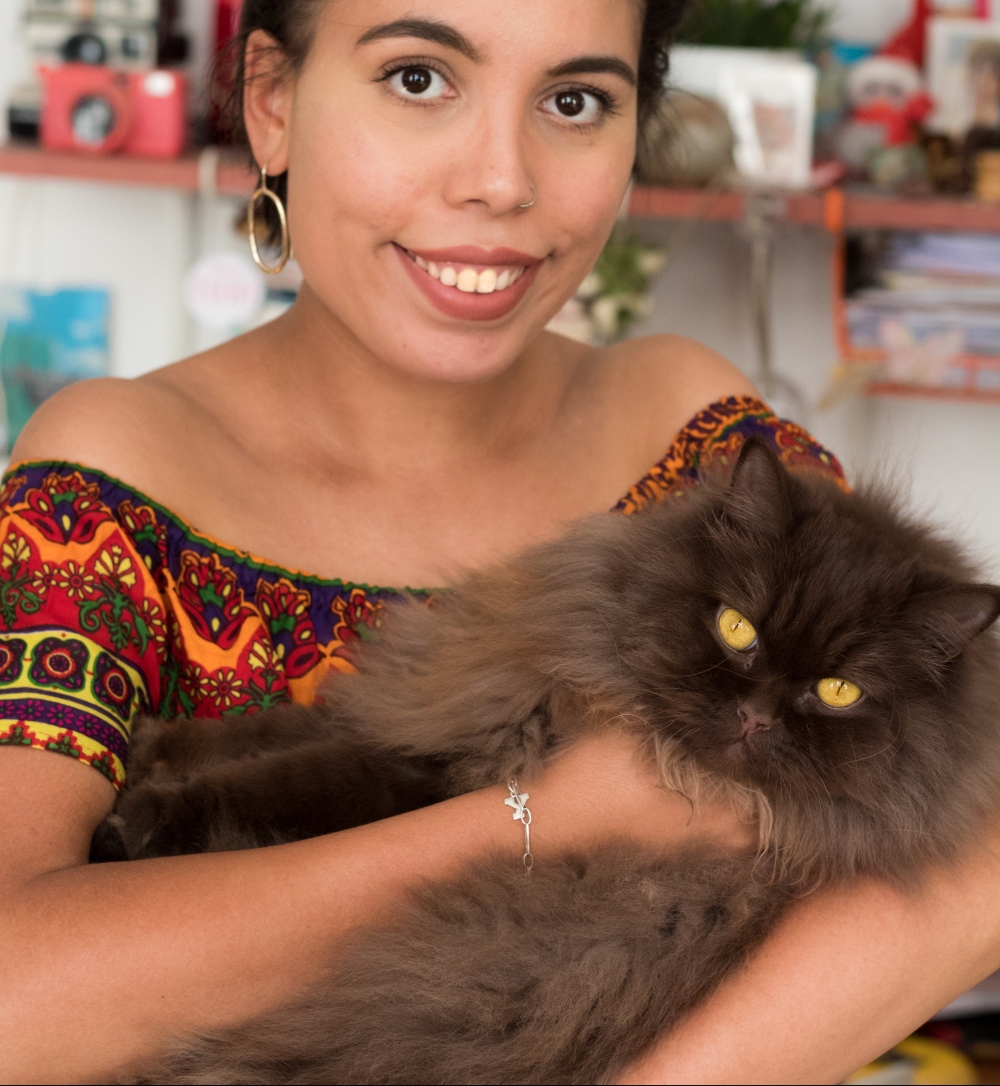 Hi! I’m Amber-Helena Reisig and I’m the human behind @kafka.the.kat! I am a Dutch-Indonesian crazy cat lady (out and proud) and writer. I discovered my love for photography through Instagram. Because I wanted to take nicer photos of Kafka I got a secondhand DSLR and I’ve been super passionate about photography and editing ever since! One of the main reason why I started an Instagram for Kafka (besides not wanting to spam my Facebook friends with cat photos) was wanting to write from a cat’s perspective. I really enjoyed creating the ‘the Purrsident’ persona and it offered me a way to comment on ‘human stuff’.

Since then I’ve met so many nice cat people and made some close friends. After getting Anakin and posting a lot about the introduction between the boys, I found out that I love talking about ‘real’ cat stuff with our followers. Since a caption only allows for so many words, and not everyone is on Instagram to read lengthy messages, I’ve decided to start blogging on Kafka’s website. I’m looking forward to sharing my thoughts and perspectives on not only Kafka and Anakin, and our account, but also on animal welfare in general. The way humanity looks at animals and their right is something that very much interests me. I hope you will like my blog posts!

In case you would like to know more about me, here’s a link to my website (in Dutch, sorry!). Thank you so much for following the lives of Kafka and Anakin! Your love for them is truly heartwarming.

What else would you like to know about us?

Tell us in the comments below or send us a message!